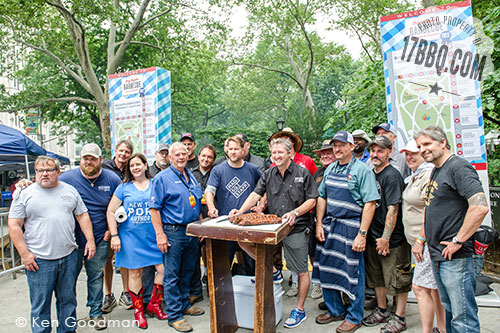 Big Apple Barbecue Block Party weekend is a reunion. We have the best time catching up with our extended barbecue family. 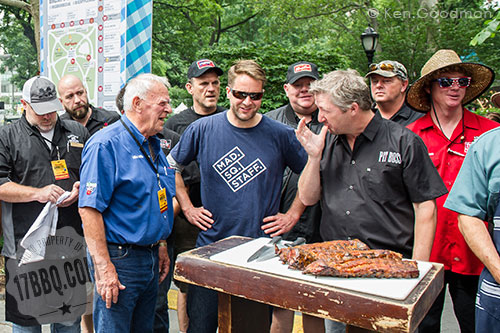 Tim Love sampling the goods at the rib-bon cutting ceremony. 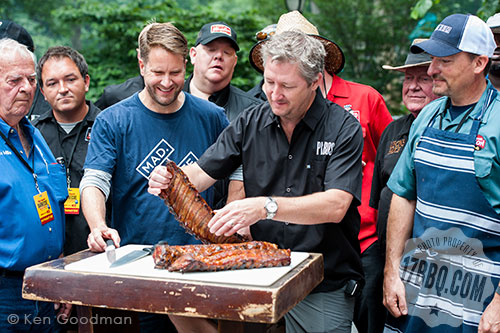 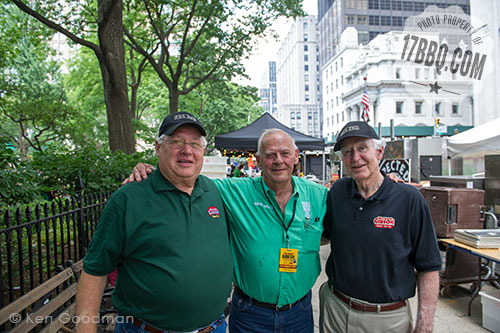 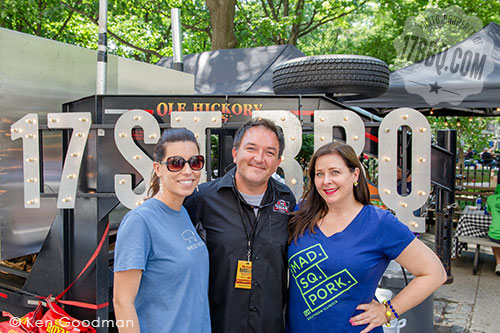 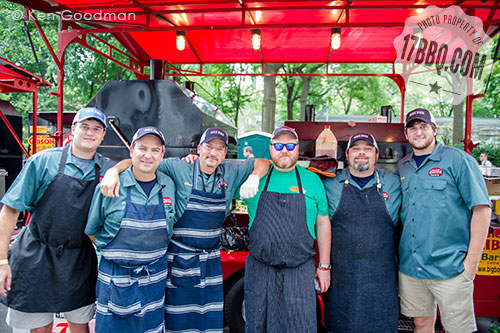 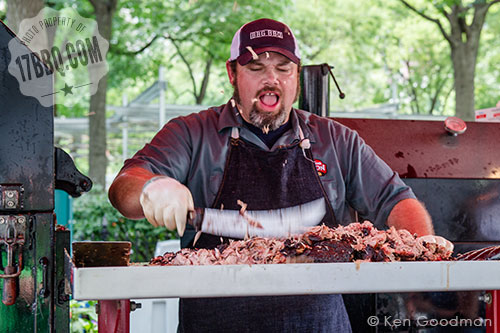 Ken Hess getting after that pork shoulder. 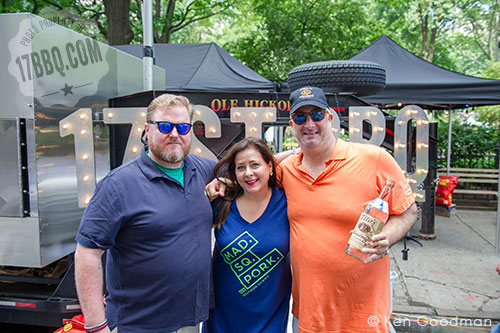 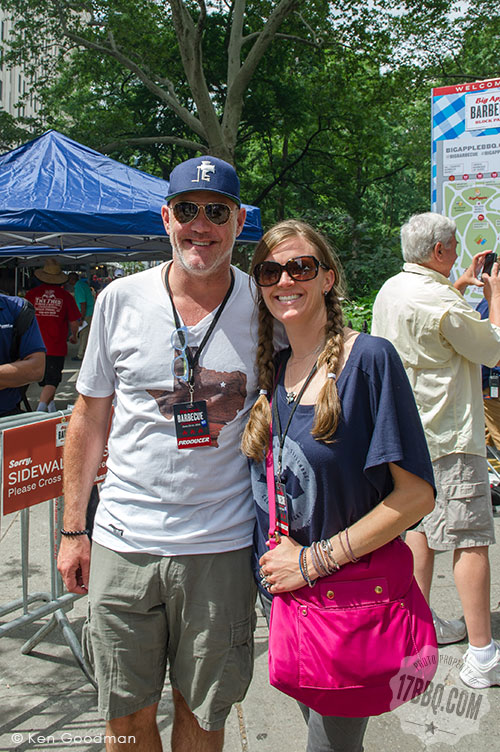 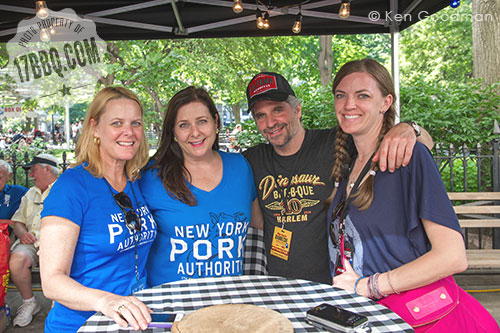 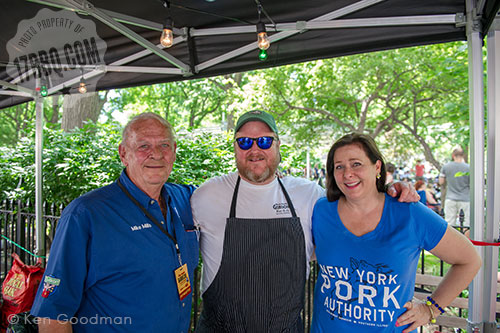 Mike and me with Shane McBride. 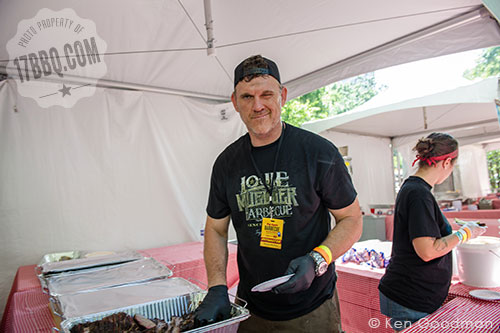 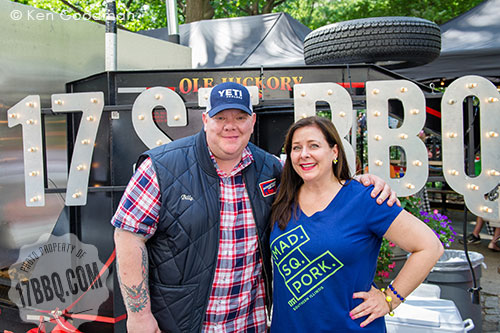 With Billy Durney of Hometown Bar-B-Que in Red Hook, Brooklyn. 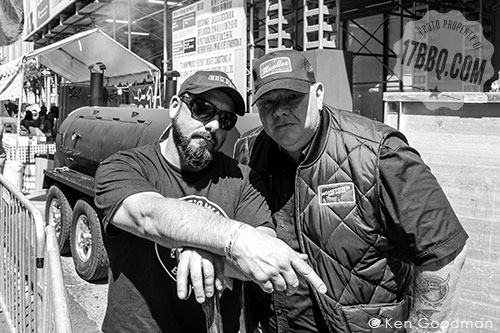 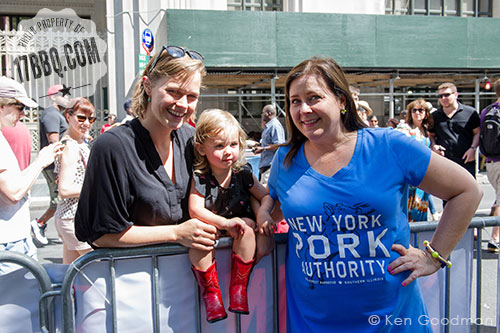 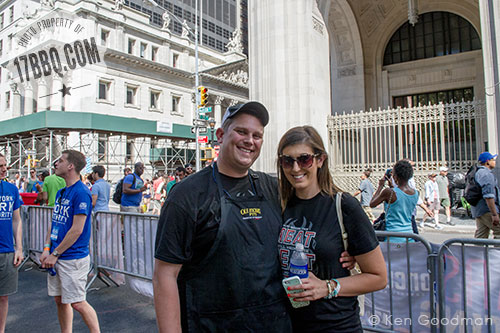 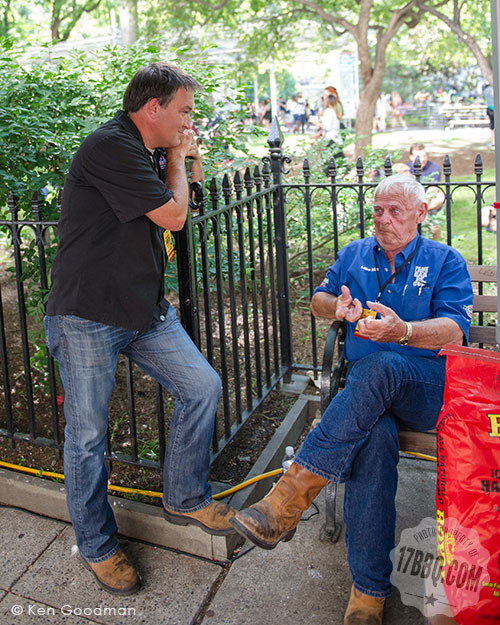 This must’ve been a good conversation. 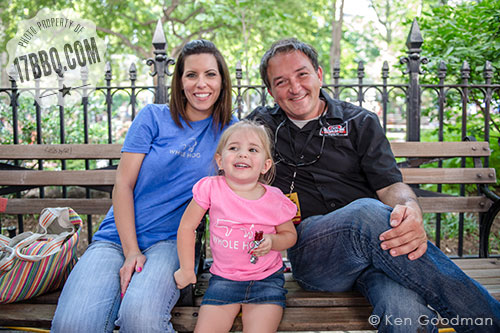 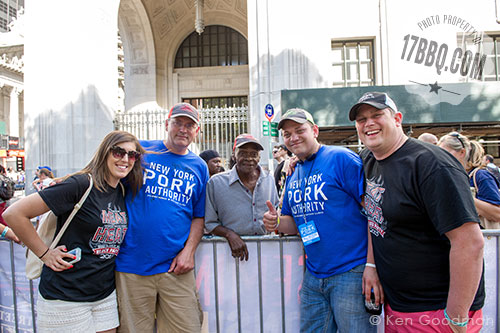 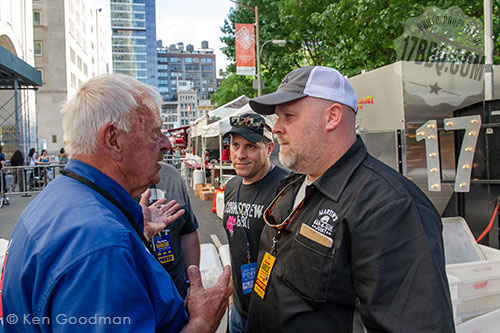 I’m pretty sure Pat Martin is telling Mike to “Comb him hair!” 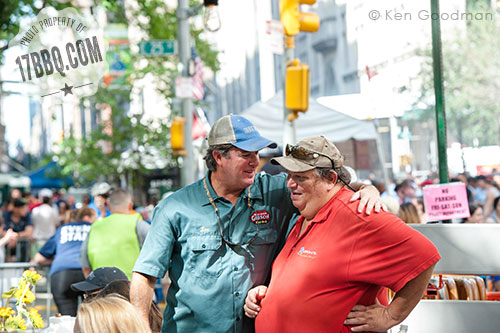 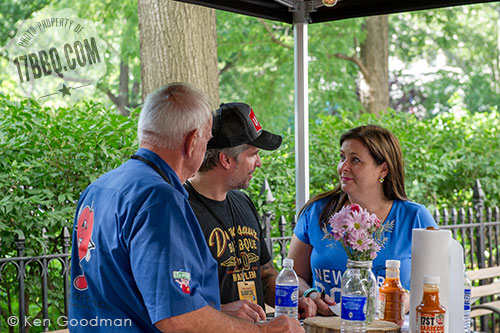 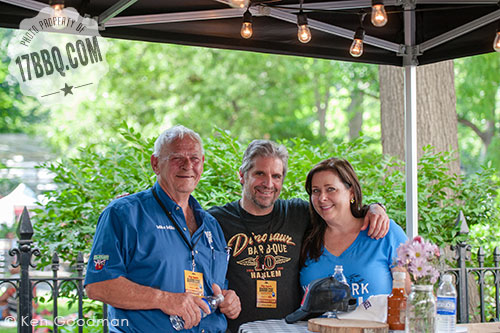 To read more about our pit crew at the Block Party, click here.