One of the most anticipated competitions on the barbecue circuit, Praise The Lard – Murphysboro Cook-Off, took place September 22nd–24th. Owner Amy Mills and the 17th Street Pit Crew welcomed back close to 100 teams from 17 states to compete for Grand Champion bragging rights, entry into the Kansas City Royal, the Jack Daniel’s draw, and a share of $27,500 in prize money. Named by Food & Wine magazine as one America’s top barbecue cities, Murphysboro and 17th Street Barbecue are a must-stop barbecue destination.

“While this is a bittersweet weekend, as it was my dad’s, Mike Mills, favorite weekend, we’ve turned it into a joyous occasion and an opportunity to celebrate his legacy. I know of no one who had such a tremendous impact on the world of barbecue, not to mention the constant spotlight he shined on Murphysboro and Southern Illinois.” Said Amy Mills. “I’m overwhelmed by the love and support from all the judges and teams. This year’s competition was as determined and uncompromising as ever. I’m especially proud to see the 17th Street Barbecue pit crew work so hard to uphold the standards and carry on the legacy my daddy built over the last four decades.”

The three-day event was as much a competition as it was a tribute to Mike Mills, affectionately known as “The Legend,” and former owner of 17th Street Barbecue, who passed away at the end of 2020.  His larger-than-life presence was felt throughout the entirety of the weekend. The Saturday morning of competition kicked-off with a special Budweiser Lucky Beer Toast honoring Mike Mills from Dan Dicke of Steamboat Barbecue. The Saturday evening awards ceremony began with a moment of silence in honor of The Legend.

The trophies at this competition are coveted works of art.  Winning teams received one-of-a-kind hand-blown glass apples, exclusively commissioned for The Murphysboro Barbecue Cook-Off by the Douglass School Art Place in Murphysboro. The two Grand Champions each received a chainsaw-carved pig from Bear Tracks in Brownsville, Illinois.

The Cook-Off is a fun-filled weekend for our wonderful city of Murphysboro. Our guests are thoroughly charmed by and impressed with our vibrant town,” Mills explained. “We couldn’t have achieved this year’s successful return without the generous support of the city and the community at large. I want to thank the generous sponsors and hard-working volunteers who came together to make this weekend possible and create this crown jewel on the barbecue circuit.”

Many Thanks to the 2022 Murphysboro Cook-Off Sponsors 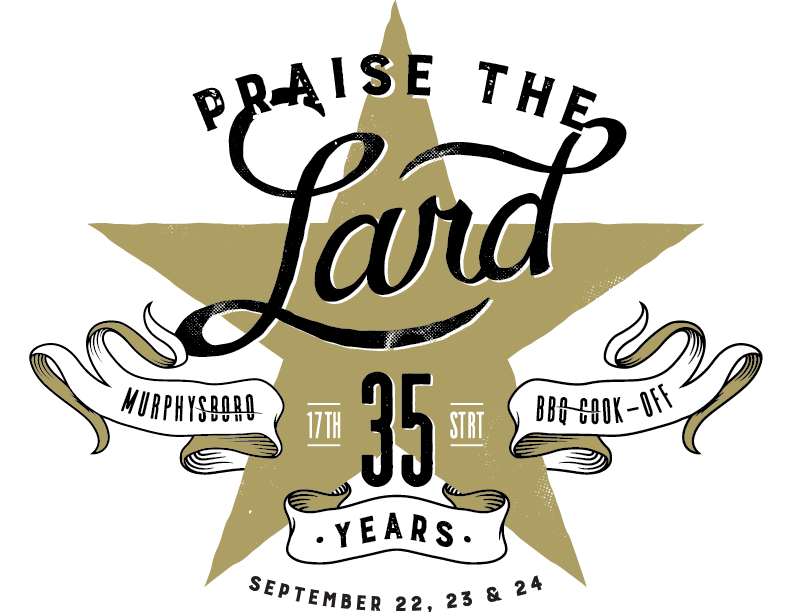 We’re celebrating 35 years of the Murphysboro Barbecue Cook-off – September 22-24, when steak and barbecue teams from 15 states will join us for a most delicious time.

Friday night is our largest public event, with the ticketed Grand Champion Meal and free live music from popular local bands Honey & Tar and the Jungle Dogs starting at 6pm. Scroll down for the full schedule and don’t miss this party!! 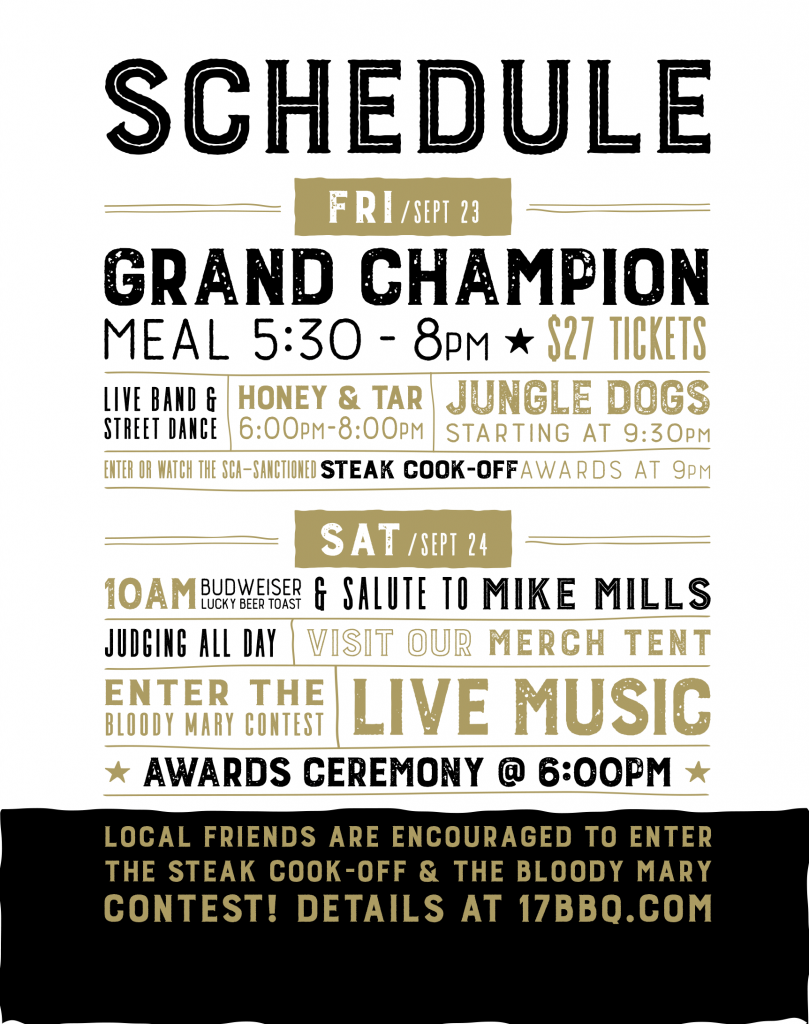