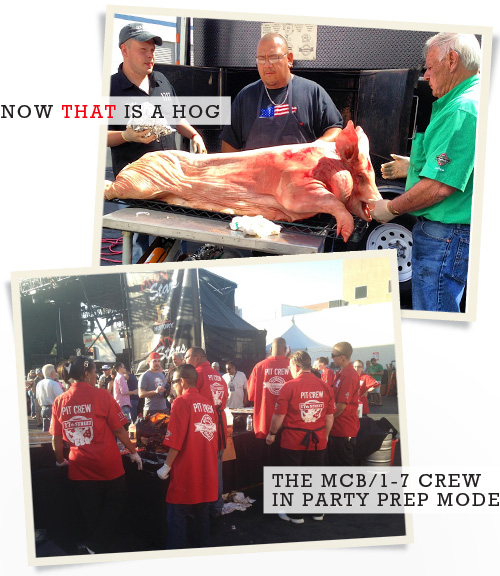 We get some pretty exciting opportunities in our Las Vegas outpost, Memphis Championship Barbecue, and the recent gig we did for Pawn Stars was a thrill. For the upcoming season, they contracted Lynrd Skynrd to come up with a new theme song and they wanted a big party with hearty food to showcase the song and kick off the season. The 250-pound pig shown above was the centerpiece.

Sidenote: In Las Vegas you actually go out to a pork farm and point out the pig you’d like to take home. This was Erick’s {our Las Vegas pitmaster} first trip to the farm and he chose an unusually large pig. We had to cut off the hooves and part of the legs to fit it on the pit. I’m guessing he’ll probably go a bit smaller next time. Nonetheless, it was one fine pig and the end result was delicious. 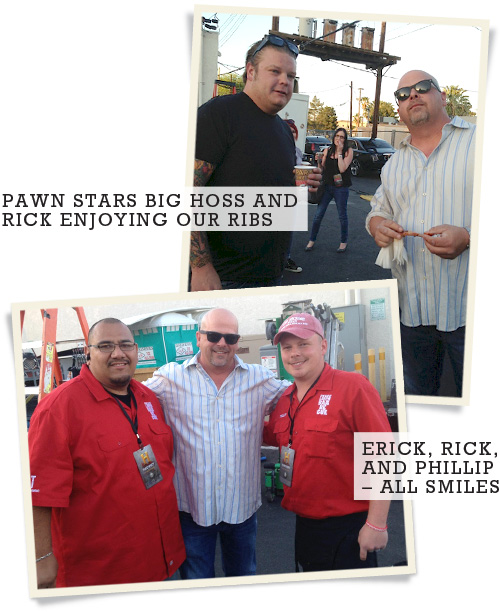 The gracious cast, crew, and band couldn’t say enough fine things about the food and they mingled and posed for photos, too. 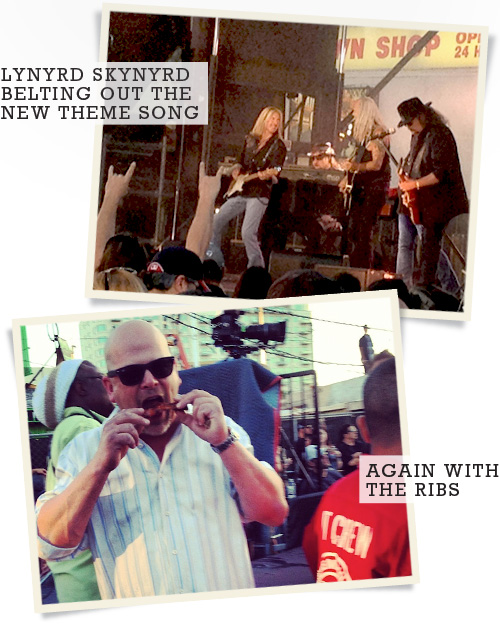 The new season premieres tonight, May 30, 2013. Tune in and listen to the new song … and perhaps you’ll catch a glimpse of Mike and our crew, too!

Are you a Pawn Stars fan?