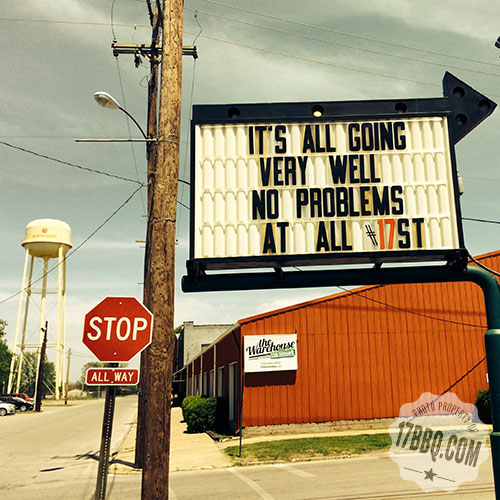 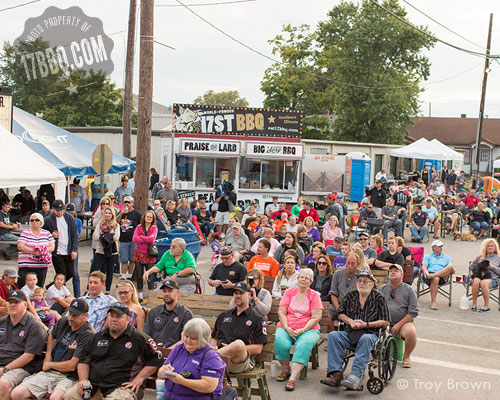 Crowds gathered for awards and listened to music from Fiddler Rick and the Bourbon Boys. 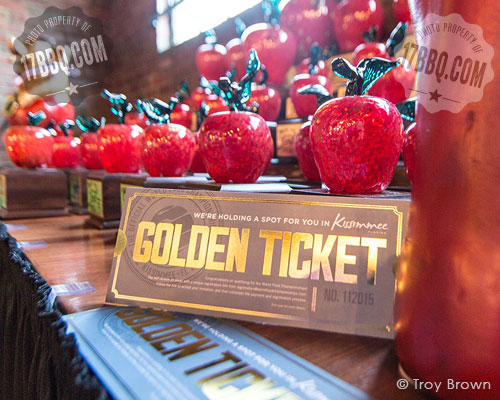 Winning teams receive original trophies of one-of-a-kind hand blown glass apples crafted by the Douglass School Art Place in Murphysboro, exclusively commissioned for the event. The two Grand Champions each received a chainsaw-carved pig from Bear Tracks in Brownsville, Illinois. In addition to trophies and bragging rights, over $25,000 in prize money is awarded.

“Our contest is like a slice of pure Americana. This is our opportunity to showcase the very best of Murphysboro and Southern Illinois to a wonderful group of people from all over the world,” says Mike Mills, one of the event’s original founders. “This is a field of fierce competitors. If you can win here, you can win at Memphis in May or the American Royal. In fact, we have a number of World Grand Champions in this field.” 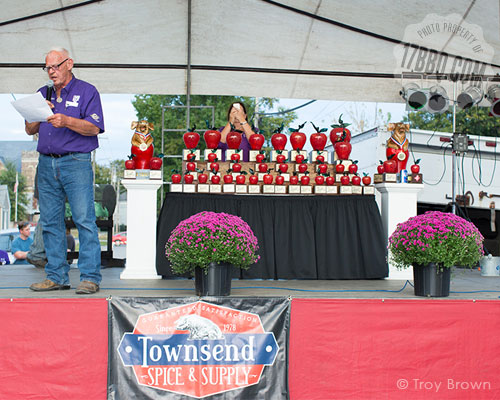 Mike starting off the awards ceremony by thanking the teams, judges, volunteers, 17th Street crew, and sponsors who make this production possible. It takes a village.

“The Cook-off is great for Murphysboro as a town,” Mills explained. “And the only reason we are here, 28 years later, is because of the generosity of the community. We want to thank the sponsors, whether they’re companies or individuals, competitors and all the volunteers. There are so many people that come together to make this all possible and create this special stop on the barbecue circuit.”

First up are the ancillary contest winners and special awards. 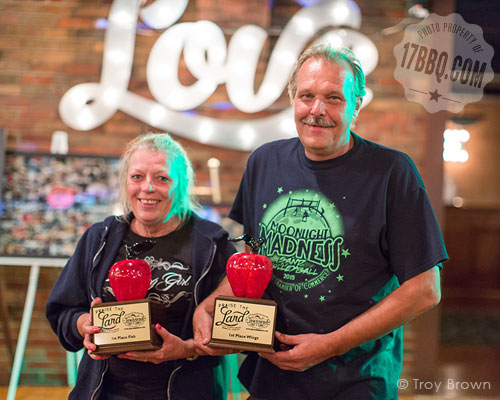 TR’s Up In Smoke swept both the fish and wings contests on Thursday evening. 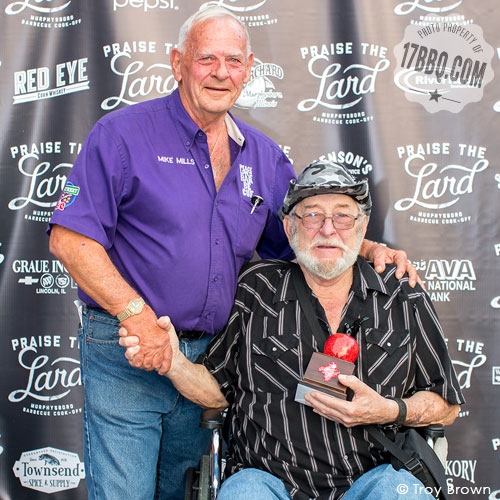 We were proud to present Abe Keene with a special volunteer award. Abe and his family have cooked the fish for our fish fry for over 20 years. Their support and friendship are immeasurable treasures. 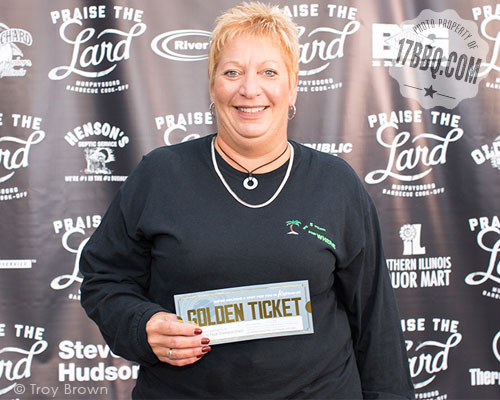 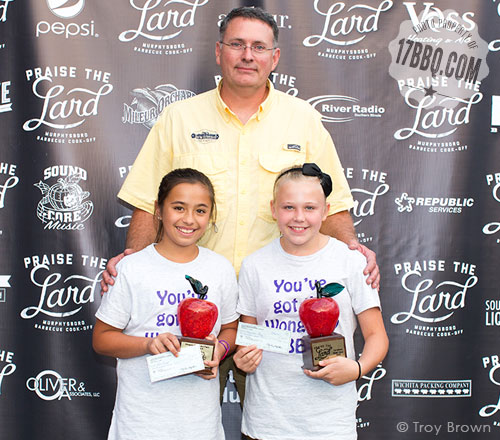 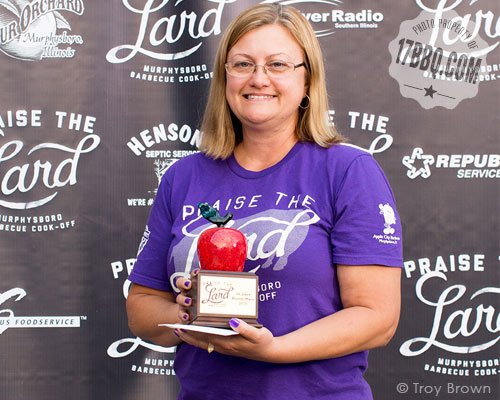 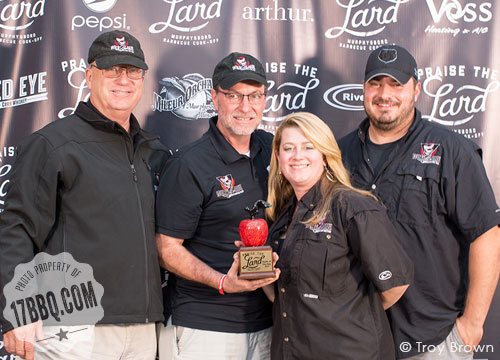 Apple of Our Eye: Wil-Be-Que 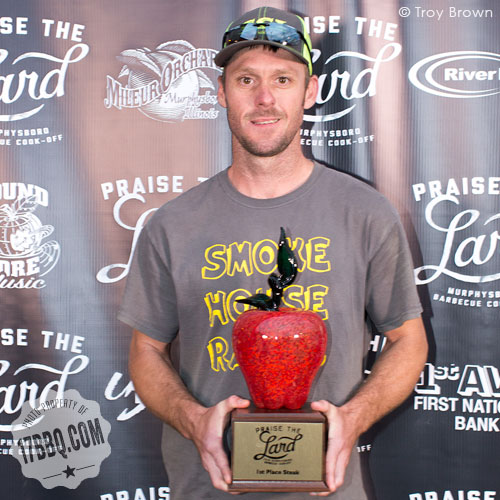 2015 marked the eighth year of a dual-sanctioned event with teams cooking both the Memphis Barbecue Network and Kansas City Barbecue Society contests. Of the 71 competing teams, 14 were MBN sanctioned teams, 52 KCBS teams and 11 teams cooked in both categories. 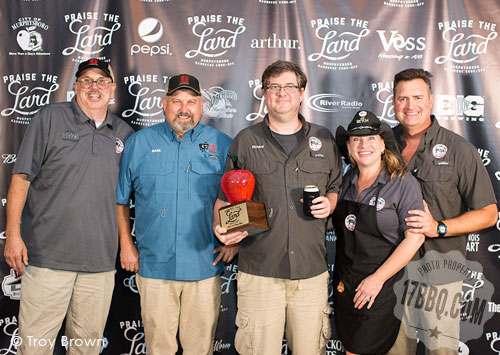 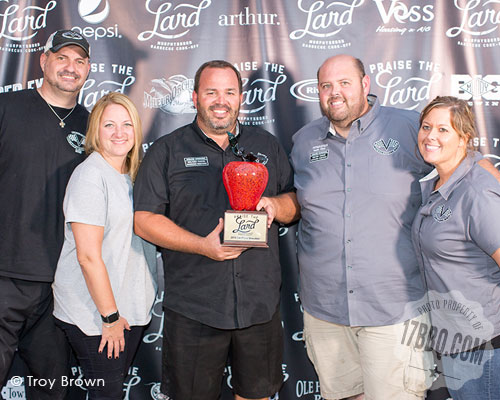 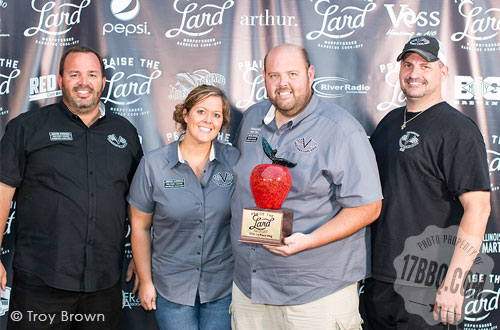 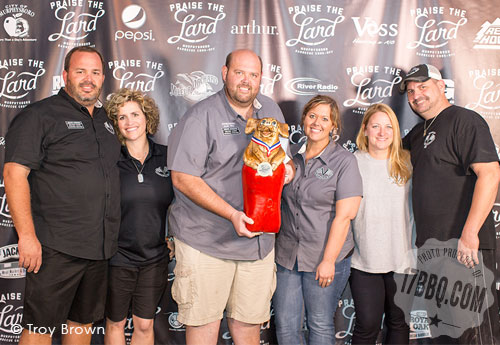 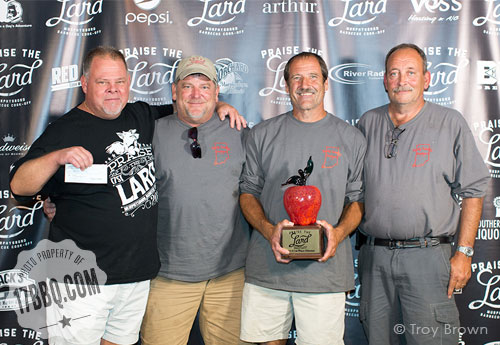 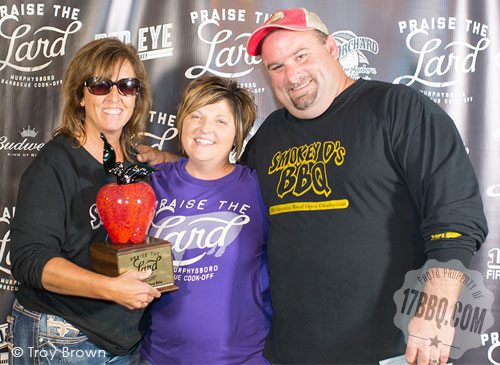 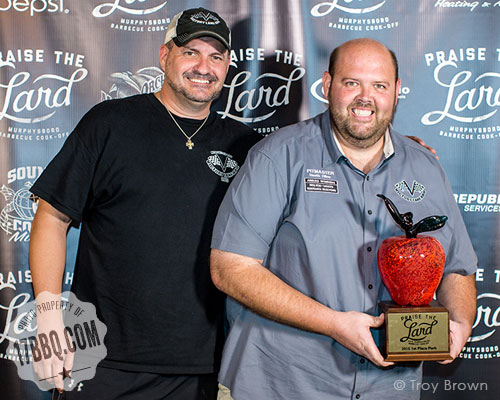 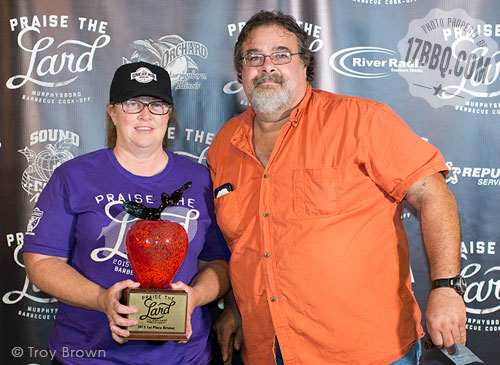 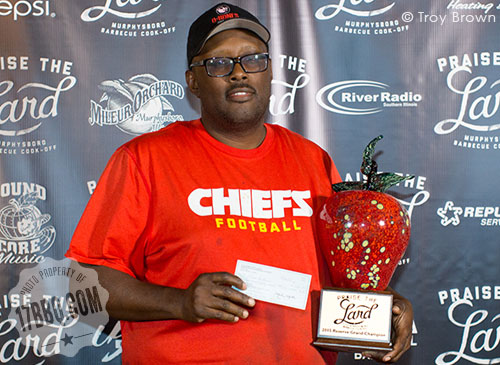 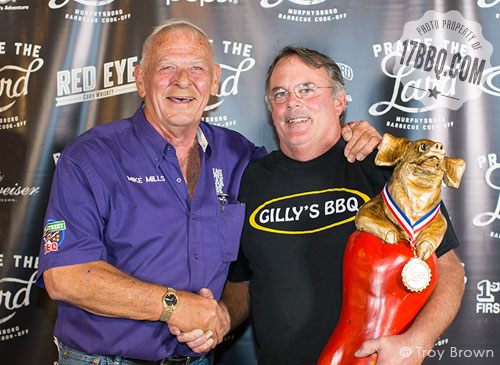 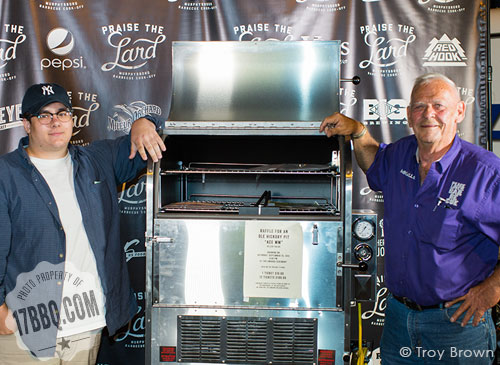 Apple of Our Eye
Wil-Be-Que

Next week, we’ll publish photos and stories about the Kids’ Que, Steak Cook-off, and other events. Stay tuned!