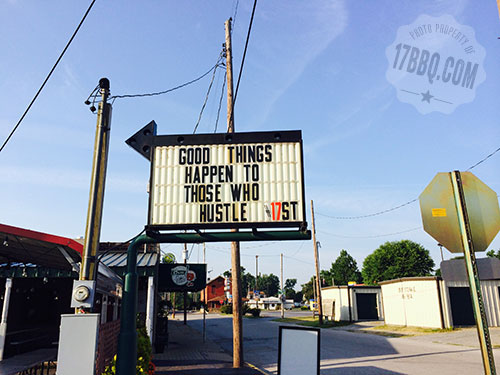 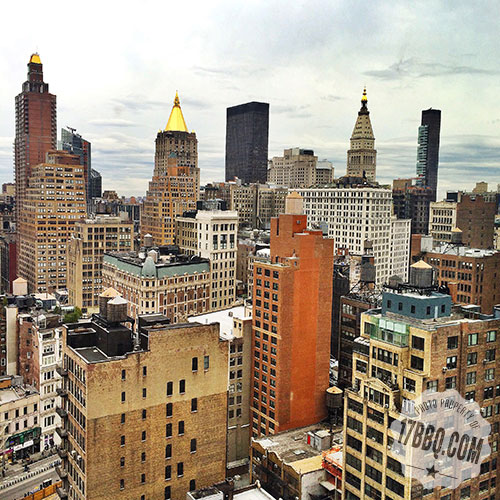 Back in April, I traveled to New York City to be a guest judge on the second season of CHOPPED Grillmasters. 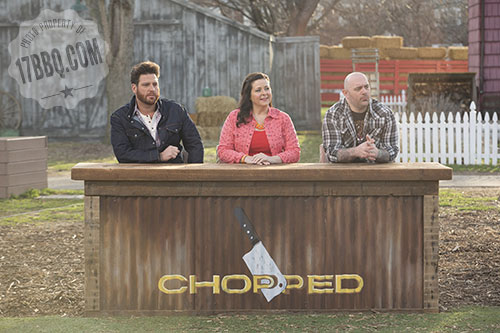 I was paired with veteran judges Scott Conant and Chris Santos. Coming in as the new girl on a very established show with two guys who are very comfortable and experienced can be a challenge. I cannot, however, say enough nice things about working with the two of them. So smart and articulate, with incredible culinary knowledge, they were so welcoming, and very interested in the barbecue knowledge and perspective I shared. The photo above was taken on the first day of filming. I can’t wait to see how the show is edited. 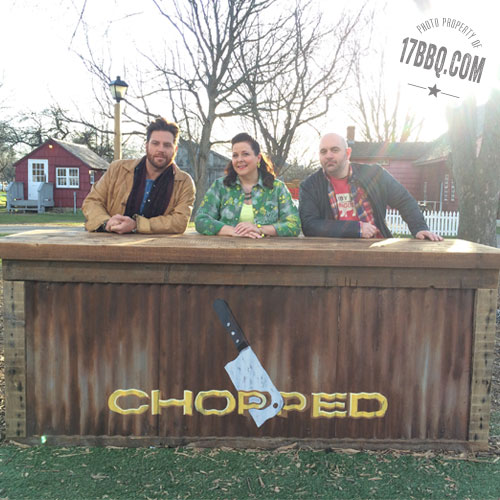 This special series is the second time they’ve filmed an outdoor Grill Masters series, specifically focusing on food cooked live fire. I ended up knowing two of the contestants each day, and fellow barbecue friends will recognize a number of familiar faces. This is a five-episode series, airing on five consecutive Tuesdays. The winner from the first four episodes will compete in the finale. I’m judging the first episode and then another one that airs in early August. 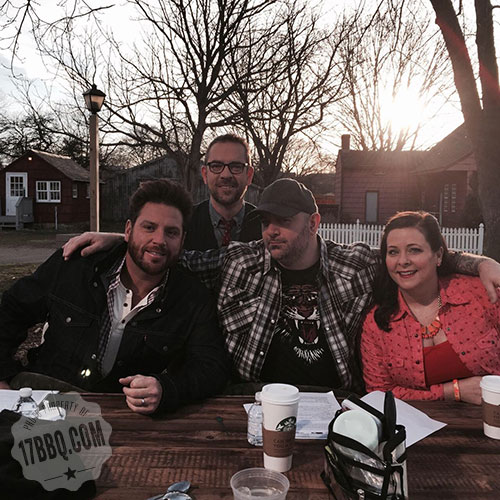 Of course, I can’t give divulge any details, but suffice it to say that everyone on the show did an admirable job under a great deal of pressure.