BBQ Pit Wars: Kingsford Invitational is airing on Destination America June 21 from 10-11 p.m. ET. The cast and crew will be live tweeting during the broadcast; tweet along with us, using the #BestInBBQ hashtag. 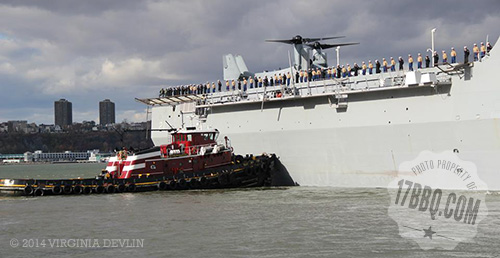 We filmed this show back on Veteran’s Day weekend aboard the USS Intrepid, a majestic and patriotic setting. During a break, we watched the USS New York dock; quite an emotional sight. 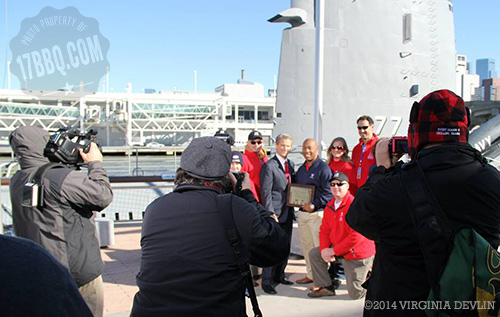 Part of the Kingsford festivities included recognition for the Folds of Honor organization. This organization provides scholarships and other types of assistance to families of those killed in action. 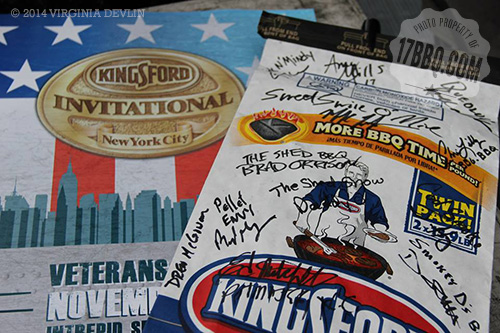 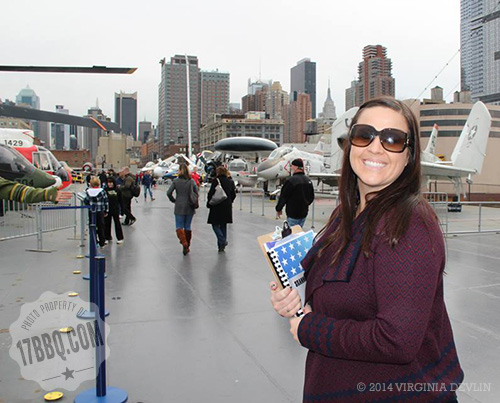 Shannon McGovern from Current masterfully organized this event, along with help from the outstanding Current team. 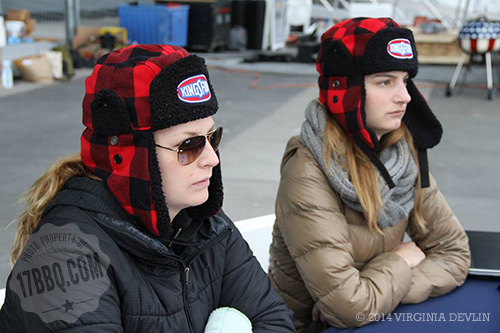 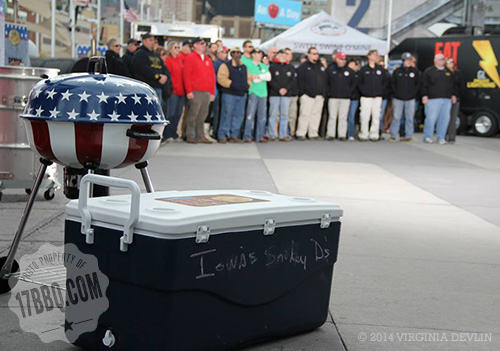 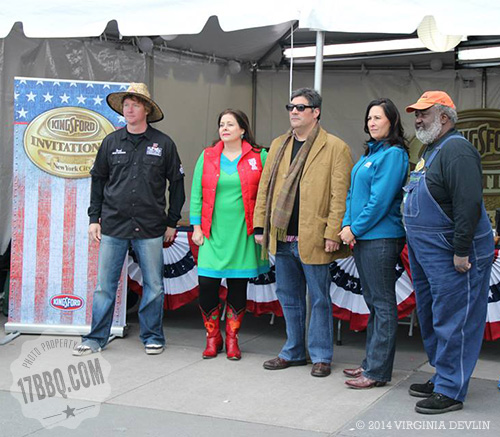 I was honored to be a judge, alongside Brad Orrison, Douglas Rodriguez, Melissa Cookston, and Ed Mitchell … 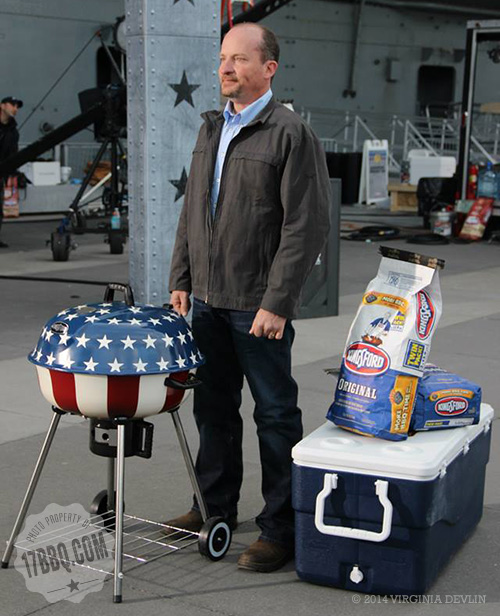 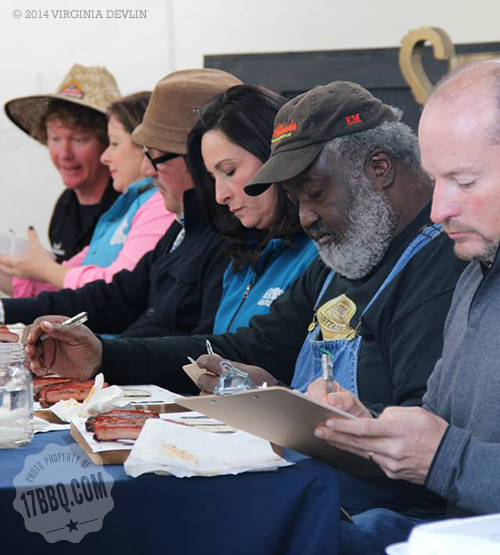 Judging is serious business, with a $50,000 winner-take-all prize on the line. 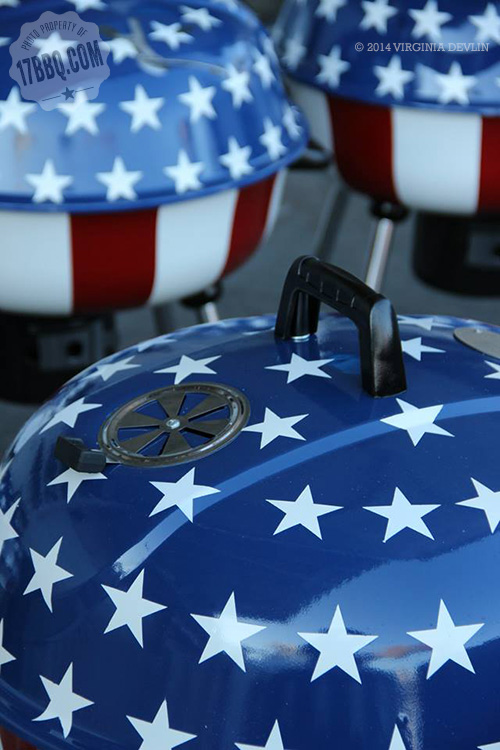 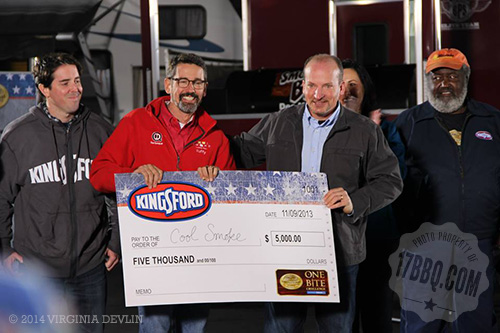 … won by Tuffy Stone  with his perfectly seasoned and cooked steak. 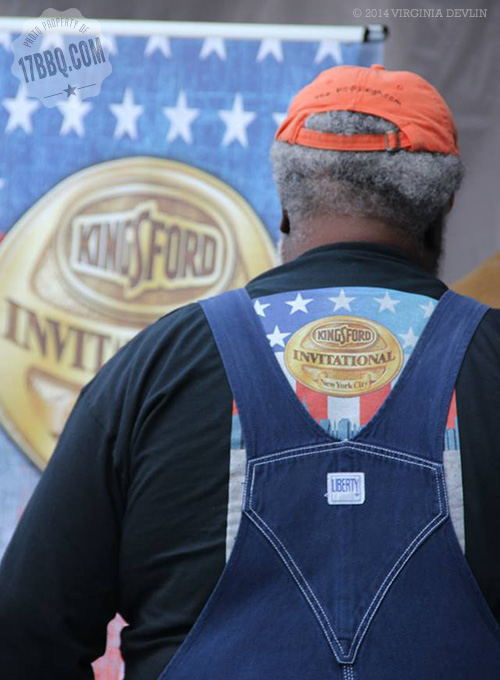 THE Pitmaster Ed Mitchell showing off his singular style. 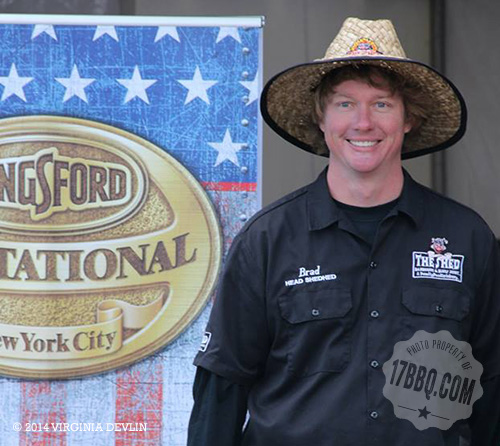 Brad Orrison and his million-dollar smile. 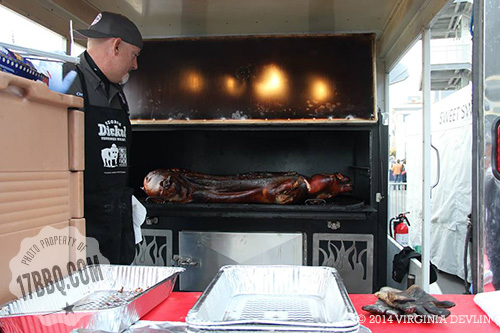 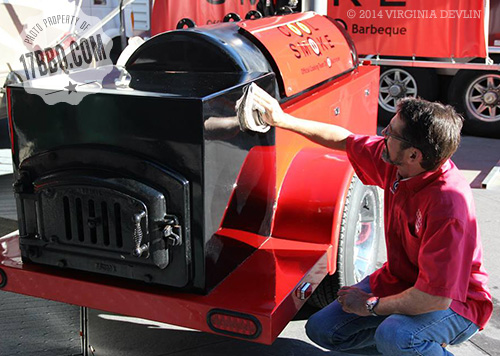 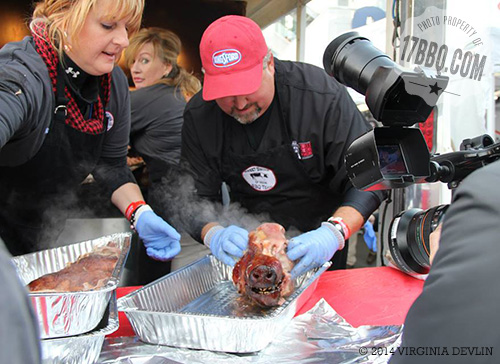 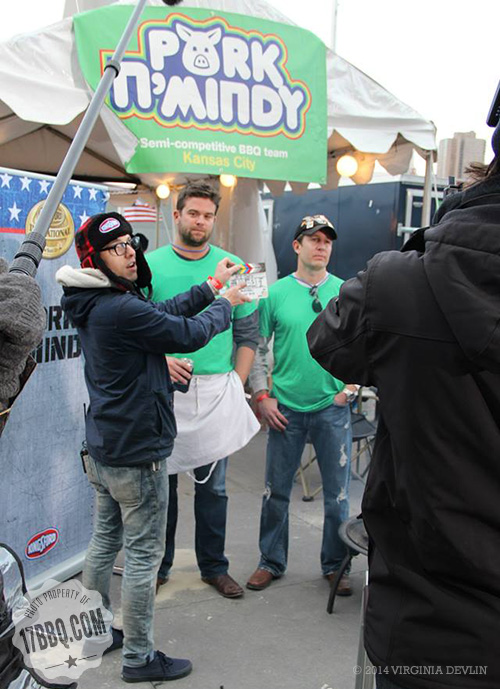 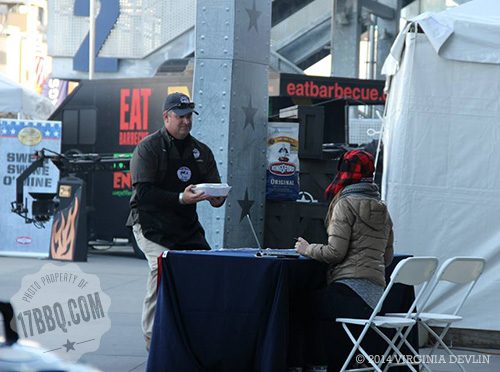 It was a pretty brisk November day, so teams hurriedly turned in their entries so the food would stay as hot as possible. 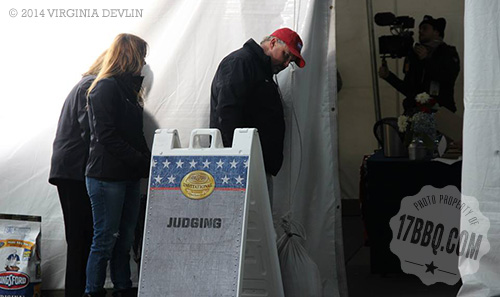 Tune in tonight on Destination America at 10 p.m. ET to see who’s crowned the Grand Champion!